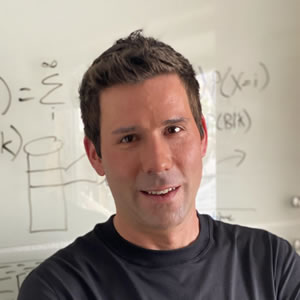 Dr. Rinn obtained his PhD in Molecular Biophysics and Biochemistry from Yale University. His thesis research in Michael Snyder’s lab was one of the first to discover thousands of lncRNAs encoded in the human genome. Dr. Rinn continued to work on lncRNA regulation as a Damon Runyon Postdoctoral Fellow with Howard Chang at Stanford. He started his independent research program at Harvard University in the Department of Stem Cell and Regenerative Biology and the Broad Institute. After receiving tenure, Dr. Rinn moved his research program to focus more on RNA biochemistry at the University of Colorado Boulder BioFrontier’s Institute. Collectively, the Rinn lab’s research has been recognized by several national and international awards, including NIH Directors Innovator Award and Howard Hughes Medical Institute Faculty scholars program.

Dr. Rinn was recently considered one of the top 1% influential scientists of the decade by the Web of Science in Genetics and Molecular biology.